The Darkness and The Light of Business Cybersecurity 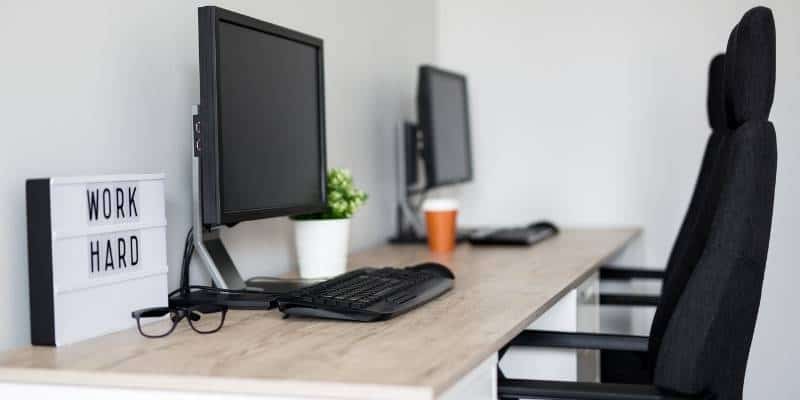 The psychoanalyst Carl Jung once said “One does not become enlightened by imagining figures of light, but by making the darkness conscious. The latter procedure, however, is disagreeable and therefore not popular.”

With a quote as profound as this, one feels obligated to start by saying that workload security isn’t nearly as important as this concept of personal enlightenment that Jung seems to point to. The two admittedly are worlds apart. Yet, if you’ll allow it, I believe there is wisdom here that might be applied to the situation we find ourselves faced with- namely, reducing our business risk by securing our workloads.

Many organizations seek to obtain an acceptable balance between the lowest spend in trade-off to the highest possible value. Any business not following this general guideline may soon find itself out of cash. Common business practice is to perform a cost-benefit analysis (CBA). Many even take risk and uncertainty into account by adding sensitivity analysis to variables in their risk assessment as a component of the CBA. However, as well-meaning as many folks are, they may often focus on the wrong benefit. With security, the highest benefit is often finding the lowest risk, but again one must ask, “What are our potential risks?“.

Often when risks are evaluated folks tend toward asking questions from the perspective of outside looking in, determining who they want to get through their perimeter defenses, and where they want them to be able to go. These questions often get answered with something perhaps as nebulous as ‘our employees should be able to access our applications’. Even when they get answered in more detailed fashions, perhaps detailing groups of users needing access to specific applications, they often don’t realize that, while not entirely meaningless, fundamentally they are asking altogether the wrong questions.

The perspective those questions come from is where the failure begins. Deep Throat’s dying words to Scully are perhaps the most appropriate and in fact the very premise from which we shall begin: trust no one.

Most reading this will be familiar with the industry push towards Zero Trust, and while that isn’t the focus of this article, certain aspects of the concept are quite pertinent to our topic of exposing potential darkness in our systems and policies. Aspects such as not trusting yourself or the well-configured security constructs put in place.

The questions to start by asking yourself are:

Most folks believe they are quite secure, but like most beliefs, this comes from the amygdala, not the prefrontal cortex. Meaning this is based on feeling, not on rational, empirical data backed by penetration-tested proof.

I spent a decade helping folks understand the fundamentals necessary to take and pass the CCIE Voice (later Collaboration), CCIE Security, and CCIE Data Center exams. Often this would look like me and 15-20 students holed up in some hotel meeting room in some corner of the globe for 14 days straight. Often, during an otherwise quiet lab time, someone would ask me to help them troubleshoot an issue they were stuck on. Regardless of the platform, I’d ask them if they could go back and show me the basics of their configuration. Nearly every time the student would assure me that they had checked those bits, and everything was correct. They were certain the issue was some bug in the software. Early on in my teaching career, I’d let them convince me and we’d both spend an hour or more troubleshooting the complex parts of the config together, only to at some point go back and see that, sure enough, there’d be some misconfiguration in the basics.

As time went on and I gained more experience, I found it was crucial to short-circuit this behavior and check their fundamentals to start. When they would inevitably push back saying their config was good, I’d reply with, “It’s not you that I don’t trust, it’s me. I don’t trust myself and with that, if you would just be so kind as to humor me and show me, I’d be truly grateful.” This sort of ‘assuming the blame’ would disarm even the most ardent detractor. After they’d humored me and gone back to the beginning to review, we’d both spot the simple mistake that anyone could have just as easily made and they’d sheepishly exclaim something such as, “How did that get there!?!?  I swear I checked that, and it was correct!“. Then it would hit them that perhaps they actually did make a mistake, and they would go on to fix it. What was far more important to me than helping them fix this one issue was in helping them learn not to trust themselves, and in so doing, begin a habit that would go on to benefit them in the exam and I’d like to believe, in life. What they likely didn’t know was how much this benefitted me. It reinforced my belief in not trusting myself, rather setting up alerts, triggers, and even other pneumonics that always forced me to go back and check the fundamentals.

Lighting Up The Darkness

So, how does all of this apply to workload protection?

Crucial to business security is understanding the typical behavior in an organization’s workloads. Once understood, we can begin to create policy around each one. However, alone, policy is not enough to be trusted. Beyond implementing L4 firewall rules in each workload, it’s important to closely monitor all activity happening. Watching the OS, the processes, the file system, users shell commands, privilege escalation from a user login or a process, and other similar workload behaviors is key to knowing what’s actually happening rather than trusting what should be.

An example might be someone cloning a git repo containing some post-exploitation framework -something such as Empire or PoshC2 to use once they gain initial access after exploiting some vulnerability, testing different techniques to elevate their privileges using a valid account attack or perhaps that of a hijacked software process by using an exploitation for privilege escalation attack.

This isn’t by any means a new sort of attack. Nor is the knowledge that workload behaviors must be actively monitored.

So why then does this remain such a problem?

The challenges have been in collecting logs at scale, parsing them in the context of every other workload’s actions, and garnering useful insights. While central syslog collection is necessary, there remain some substantial drawbacks, primarily with that last bit about context. Avert so-called Zero-Day attacks requires live, contextual monitoring such as is achieved through this type of active forensic investigation.

A Better Source of Light

How do we cast the proper light on only activity we’re interested in?

How do we help our workloads have a sort of -again, if you’ll allow the rough metaphor- collective conscious?

Cisco Secure Workload  is based primarily on distributed agents installed on every workload, constantly sending telemetry back to a central cluster. Think of them as Vary’s informants: “My little birds are everywhere.” -The Master of Whisperers, GOT

These informants play a dual role: First in reporting back to the cluster what I like to call the 3 P’s: Packages (installed), Processes (running), and Packets (Tx/Rx’d); and secondly in obtaining from the cluster a list of rules to be applied to each workload’s firewall rules specific to each workload. They also gather the very type of forensic activity we’ve been discussing. This is done with the collective knowledge and context of every other workload’s behavior.

Cisco Secure Workload gives us great power in defining the behaviors we wish to monitor for, and we can draw from a comprehensive pre-defined list, as well as write our own.

Some new regulations require that breaches to an organization must be reported quickly, such as with GDPR where reporting is mandated within 72 hours of each occurrence. Most regulations don’t require that aggressiveness in reporting, but are being taken to task over such inadequate measures, such as in the case of HBR’s report on a hotel chain breach.

Hackers were camping out for four years in the workloads of a smaller hotelier that the chain acquired. FOUR YEARS! That is an awfully long time to not know that you’ve been pwned. What I wonder is, how many more organizations have currently breached workloads today with no knowledge or insight. Complete darkness, one might say.

As Jung might have appreciated, it’s time to make that darkness conscious.

Be vigilant in monitoring and revisiting the basics often. By staying humble, questioning everything, and going back to the basics, you likely will find ways of tightening security while simplifying access.

This blog post was originally written by Tim Garner for Cisco Blogs.